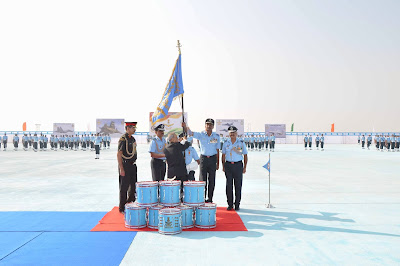 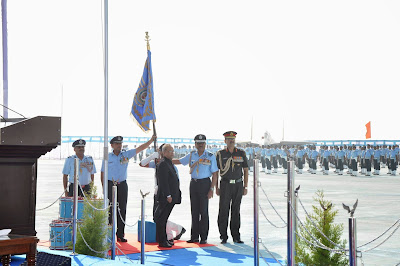 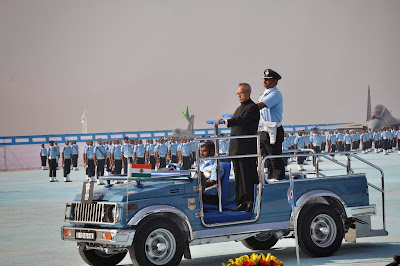 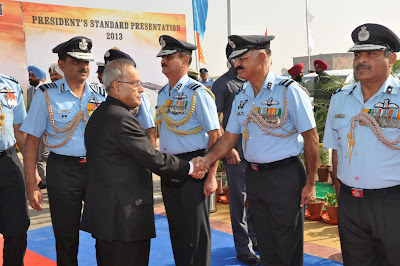 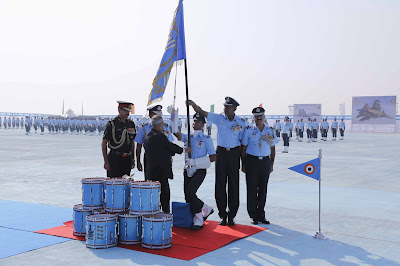 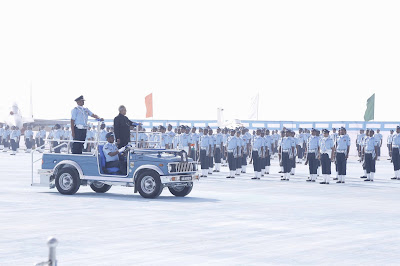 The President of India,Shri Pranab Mukherjee in an Ceremonial Parade at Air Force Station Halwara presented Standards to two of the IAF’s  Frontline Fighter Squadrons -  220 Squadron and 32 Squadron, today

The President’s Standard is the highest and most prestigious honour bestowed upon any unit of the Armed Forces in recognition of its invaluable contribution to the security of our Nation both during hostilities and peace.President’s Standards is a symbol of excellence and has been earned by the Squadrons for their dedication and worthy contributions. It marks and depicts the hard work, valour and sacrifice of all the personnel posted to the Squadrons since their inception and is a befitting recognition to their selfless devotion.

Email ThisBlogThis!Share to TwitterShare to FacebookShare to Pinterest
Labels: IAF, President of India

Presentation of standards is just another bloody British tradition which we just blindly followed.