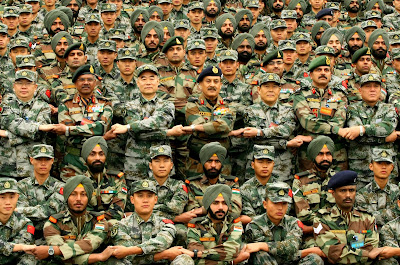 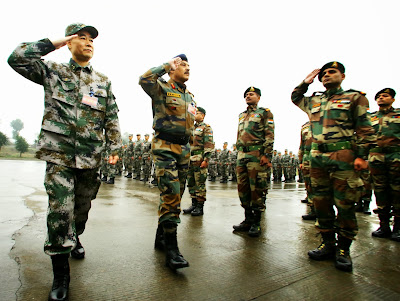 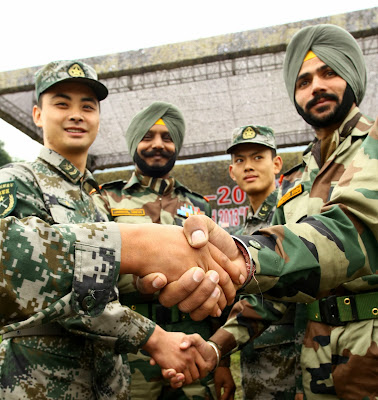 The joint training exercise culminated with joint operations on Cordon and Search in international scenario. Presence of 100 terrorists on the international border of India and China was reported and the same was simulated. This well trained and battle tested terrorist group is waiting for an opportunity to carry out terror attacks. The terrorist camp in three buildings is a well fortified with underground hideouts, tunnels and bunkers.

In this culminating phase the two mixed companies of the participating contingents operated under a joint command where all elements such as recce , cordon , planning, support team of the two were integrated for the joint operations. Rifles, mortar, grenade launchers, flamethrowers, anti tank rockets, and UAV of the two countries were extensively used in the successfully conducted jointly. The joint command was tasked to clear the terrorist camp, capture second in-charge of this group wanted internationally and presumed to be in this camp and stop from any terrorist fleeing. This was planned and executed by the two mixed companied in a joint operation.

Addressing the joint training contingents Lieutenant General Zhou Xiaozhou said that the field exercise demonstrates that a joint training is effective and bears fruit. He also said that during the exercise, participating troops from China and India have shared dining tables and dorms, exchanged experiences and learned from each other . In doing so we improved our tactics and technique, promoted mutual understanding and developed a strong relation.Lieutenant General Anil Kumar Ahuja in his address said that we must use this understanding of each other to maintain peace. We have the responsibility of carrying forward the vision of our great leaders of making peace and tranquility on our borders and of fighting against terrorism, in all forms.

During the interaction with the media Lieutenant General Zhou Xiaozhou said that this exercise has enhanced mutual trust, understanding and friendship. The two armies are highly professional and good military experts. Inspite of the language barrier the two contingents due to their body language,mutual understanding of military skills have achieved good cooperation. Military relations between two countries are important for overall relations of two countries.

Lieutenant General Anil Kumar Ahuja while interacting with the media said that living together, eating together and training together has promoted understanding. We both have realized that they are professional armies of two great nations and civilizations , very loyal and sincere to their nation and the job assigned.

Lieutenant General Zhou Xiaozhou and Lieutenant General Anil Kumar Ahuja inspected the two mixed companies and said that they are looking forward to the next joint training exercise Hand in Hand to be held in India. They also awarded the meritorious personnel of the two contingent.

Senior officers of both the armies including Brigadier DS Shishodia and Senior Colonel Jiang Zhaoyue were present on the occasion.