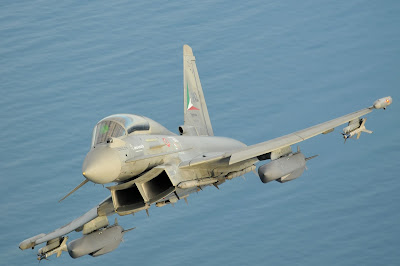 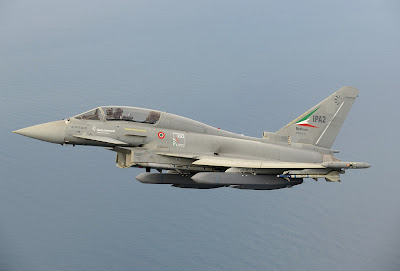 Eurofighter Partner Company Alenia Aermacchi has confirmed that the first in a major series of flight tests to integrate the MBDA Storm Shadow missile onto Eurofighter Typhoon has now taken place.

Initial flight trials to demonstrate that the missile can be safely carried have been successfully started.  The trials began on 27th November, by the Alenia Aermacchi Flight Test Centre at Decimomannu Air Base, in Sardinia, Italy, with the support of the Eurofighter Partner Companies, BAE Systems and Cassidian.

The Chief Executive Officer of Eurofighter GmbH, Alberto Gutierrez, said: “The successful start of the flight tests is good news for our programme. This is one of a number of enhancements that are coming on stream and there are many more to come. Storm Shadow is a major step forward significantly increasing the air-to-ground capabilities of the Eurofighter Typhoon.”

The Storm Shadow, already in service with the Italian Air Force and Royal Air Force Tornados, is a conventionally armed, stealthy, long-range stand-off precision weapon designed to neutralise high value targets. The new weapons systems will add the capability to strike in day or night in all-weather conditions, well-defended infrastructure targets such as port facilities, control centres, bunkers, missile sites, airfields and bridges that would otherwise require several aircraft and missions. This is a new addition to the Eurofighter Typhoon’s potent simultaneous multi-/swing-role capabilities,

Powered by a turbo-jet engine, with a range in excess of 250 km, the Storm Shadow missile weighs approximately 1.300kg and is just over 5 metres long. It will be available to operators from 2015 when the Eurofighter Typhoon Phase 2 Enhancements become operational.

Storm Shadow will provide a significant leap in the Eurofighter Typhoon’s operational capabilities, enabling the platform to deploy multiple weapons at a very long range well clear of danger from air defences.