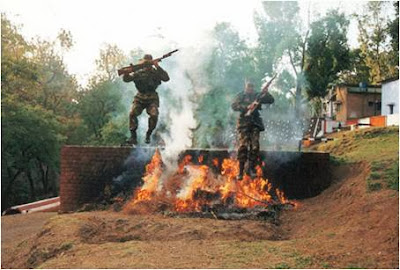 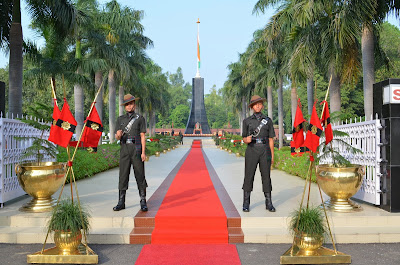 27 October is a historic day, not only for the Infantry but for the entire Indian Army. It was on this day, 65 years ago, that the first Infantryman from the FIRST battalion of The SIKH Regiment landed at Srinagar air field in Kashmir Valley to chase away Pakistani invaders.  The enemy was thrown back and the valley was saved.  It was the first glorious action undertaken by the Indian Army in the post independence era.  Therefore, 27 October is celebrated as Infantry Day throughout India.
“The least spectacular of all arms, but without which you can do nothing, nothing at all”.  This was the comment of the legendry Field Marshal Montgomery.  True to these words, Infantry has been the basic fighting arm from the very beginning.  Technological developments in the battle field have changed tactical concepts but the barometer of victory has remained unchanged.

Operation VIJAY, after 1971, was witness to heroic deeds of Infantry in adverse climatic and terrain conditions.  The Kargil conflict witnessed an exemplary performance of officers and men of Infantry.  Besides, Infantry undertakes numerous civic action projects for our citizens in remote and inaccessible parts of India.  It is the first one to reach the location, be it an earthquake, floods, avalanche or a train accident.  For their valour and supreme sacrifice, the Infantrymen have earned 17 PARAM VIR CHAKRA and 30 ASHOK CHAKRA besides numerous other gallantry awards.

Lt Gen Rajan Bakhshi, GOC-in-C Central Command conveyed his felicitations to all infantrymen and extended his good wishes to the Infantry fraternity on the occasion.  Earlier in the day, senior officers of Infantry’s serving and retired fraternity paid rich floral tributes at Central Command War Memorial to the fallen heroes of our Army.  To mark the occasion, a ‘Barakhana’ was organized for all the soldiers of infantry.