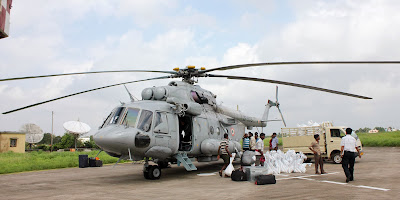 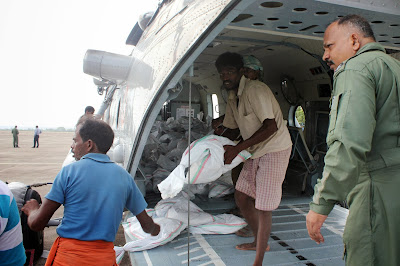 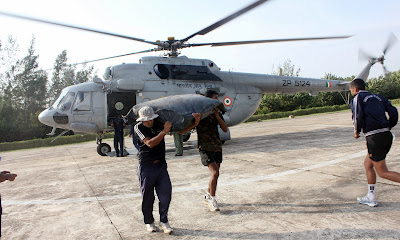 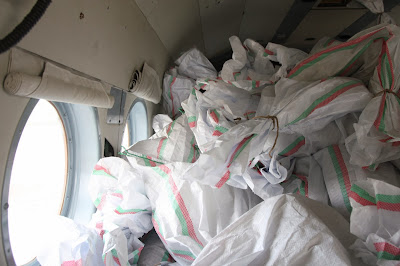 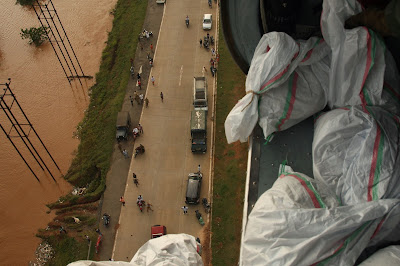 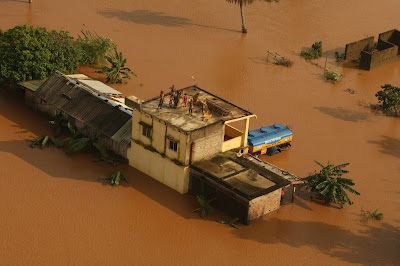 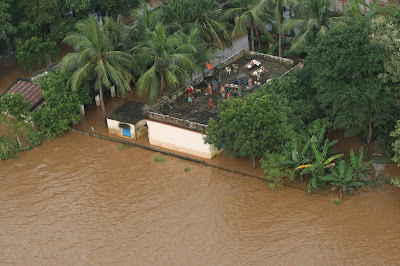 The areas affected include Remuna, Dharampur and Badapal. Nearly 15,000 food packets provided by the State administration were dropped in these areas. A total of 5.5 tonnes of load was dropped in four sorties.

Indian Navy divers were also additionally flown by the Mi-17 V5 helicopters for rescue efforts in areas badly inundated by water. The navy divers were airlifted to some of the worst affected areas north of Balasore and Chandipur.

The army has also mobilised a column at Balasore for similar efforts. Another army engineering task force operating from Gopalpur also proceeded towards Pithal village in Chattrapur, in the early hours on Monday, about 100 kms west of Ganjam, for relief work.

As the Cyclone Phailin entered into the second day after its landfall, heavy rains were experienced in Odisha, Jharkhand, Chattisgarh, Bihar and West Bengal as anticipated.

The Defence Forces, fully geared up to meet with this contingency,   immediately pressed four Medium Lift helicopters into service to extricate the marooned local population as well as to drop food packages and relief materials in Balasore.  The composite Army columns comprising Engineer and Infantry elements have also relocated and moved towards Balasore, Ganjam and Jamshedpur to assist the State Governments in flood relief operations.

The Navy has moved two aircrafts from Kochi to Bhubaneswar carrying rations and also moved 12 Tons of rations from Visakhapatnam to Behrampur. The Coast Guard aircraft and helicopters are patrolling the Coast regularly and their four patrol vessels are on standby. The Medical teams of the three Services and Coast Guard which have been deployed are providing medical assistance to the local population.

The Overall Force Commander at Bhubaneswar along with his Task Force Commanders for the Army, Navy, Air Force and Coast Guard are in constant liaison with the State Governments.  Necessary coordination on allocation of resources is being carried out at the Defence Crisis Management Group (DCMG) at Delhi.  The representatives of the State Governments, NDMA and NDRF who are attending the DCMG meetings are giving regular updates.  This is facilitating the decision making body to coordinate the operations without any loss of time.

The focus having shifted from response to the disaster mitigation of Cyclone to flood relief, the Defence Forces remain ready to assist the State Governments in restoring normalcy.