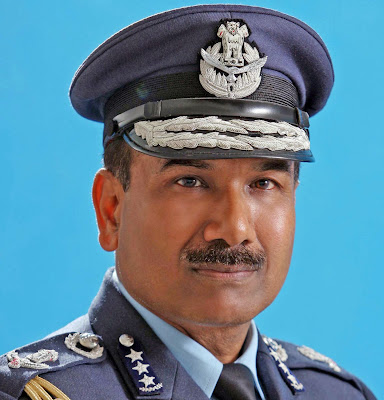 Air Marshal Raha was commissioned into the IAF on December 14, 1974 in the Fighter Stream of the Flying Branch.

During a career spanning over nearly 39 years, he has held various command, staff and instructional appointments.  He has served as Air Attache at the Embassy of India, Ukraine.  Besides various technical courses, Air Marshal Raha has done National Defence College, Staff College, Strategic Nuclear Orientation Course and Junior Commanders’ Course.  He has commanded Central Air Command and Western Air Command.  He is one of the Honorary ADCs to the Supreme Commander.

Hurrah, that's what I was seeking for, what a material!
present here at this web site, thanks admin of this site.

You should be a part of a contest for one of the best
sites on the net. I'm going to highly recommend
this web site!

I like it when individuals come togefher and shawre
thoughts. Great blog, continue the good
work!

Woah! I'm really digging thhe template/theme of this blog.
It's simple, yet effective. A lot of times it's very hard
to get that "perfect balance" between usability and appearance.
I must sayy you've done a great job with this.
Also, the blog loads super fast for me oon Firefox.