'80% Life Of Kirans Is Over, IJT urgently Needed,' - IAF Chief ... When HAL Cant Make Basic Trainers, Then How To Expect Fighters Like Tejas/FGFA From It ?

IAF Chief NAK Browne seems pretty clear about what he wants, even if he has just 3 months to go before he hangs his boots. From the basic trainer to the MMRCA, Browne seemed to be in a hurry to see results, before he retired.

His remarks about the new JS replacing AK Bal for the MMRCA project,echoed concerns about the dipping force levels,  the Chief hoped the new official would pick up from where his deceased predecessor left, quickly, "We would like the new JS to settle down in a day, as quickly as possible."

From MMRCA to the basic trainer -- Air Chief , "The issue has been resolved with HAL, we want only one trainer. IAF is very clear about this."

"IAF is very clear that there has to be only one trainer. We cannot have these extravagant projects. If we have two types of trainers, it costs extra expenditure on infrastructure, training, simulators and maintenance. It is all public money, you cannot waste it on having two to three types of projects," Browne said.

After I first sounded the bugle about problems in the basic trainer, way back in 2009 -- Read full story here, first broken by me , it has taken the entire procedure about 4 years to get the Pilatus PC-7 Mk-II, 18 of which were inducted on September 25th, but the intermediate jet trainer (IJT) is nowhere in sight.

Browne said," What we need is an IJT for stage-II training.The basic training of the IAF is set. The IJT is nowhere on the horizon. 80% of the life of Kirans is over, and IJT is urgently needed." 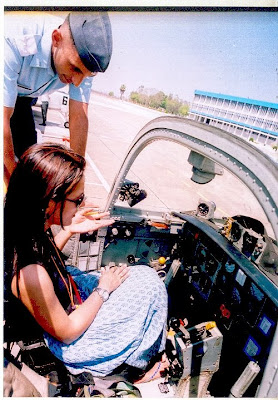 But there has been talk about purchasing the IJT too from abroad, much like the basic trainer, keeping in view the delay caused by HAL.  Read here my first story broken in May 2012 . Its a a decade-old project which is facing delays.

Browne said the Kiran Mk-II had just 20% life left in them.

With HAL Chief test pilot Sqn Ldr Baldev Singh commiting suicide under mysterious circumstances  in 2011, who was the mainpoint man of IJT and other incidents like two crashes of the IJT Sitara, all adding up to the mystery and delay of the aircraft, are only increasing IAF's woes.

The IAF signed a contract with HAL for 12 IJT Sitara aircraft in March 2006 which ought to have started deliveries in June 2012. According to a Parliamentary committee the IAF is said to have stated that, "The project is running behind schedule." 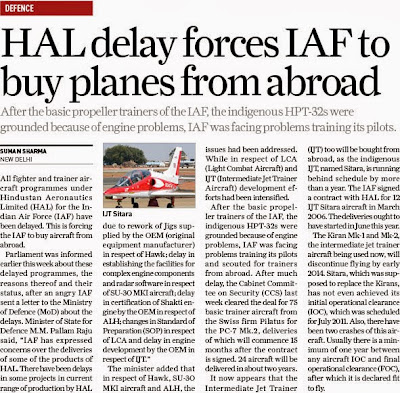