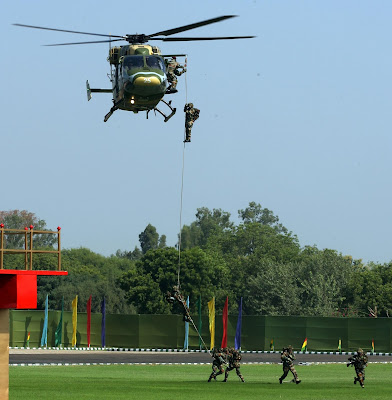 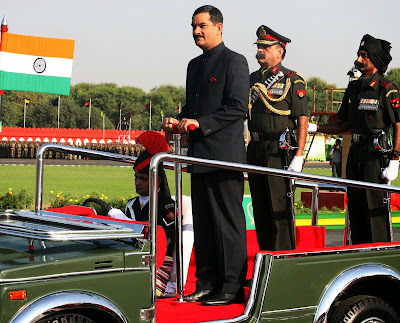 A majestic Prime Minister’s Territorial Army Day Parade was organised to commemorate the 64th raising anniversary of Territorial Army at the Army Parade Ground here today. Minister of State for Defence Shri Jitendra Singh, as the chief guest in his speech complimented all the award winners and the Territorial Army fraternity for doing yeomen service to the nation as also for putting up a spectacular display of capabilities during the parade. Smartly turned out contingents marching in martial tunes and a large crowd added fervour and enthusiasm to the environment.  In an impressive ceremony, The Minister reviewed the parade on behalf of the Prime Minister.  The parade was attended by Chief of Army Staff, Gen Bikram Singh, Chief of Air Staff, Air Chief Marshal NAK Browne and other civil and military dignitaries, including military and defence attachés from friendly foreign countries.