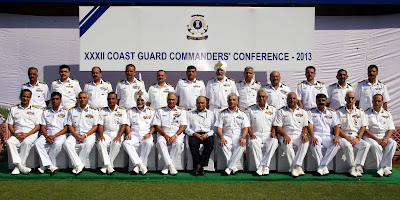 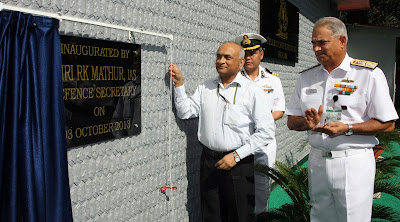 The 32nd Annual Coast Guard Commanders Conference was inaugurated here today by Defence Secretary Shri Radha Krishna Mathur. The conference, scheduled for three days will assist the Coast Guard Commanders in introspecting the myriad challenges confronting the service in the Maritime domain.
Speaking at the inauguration, the Defence Secretary acknowledged the contribution of the service towards the security of the nation and complimented the rank and file of the Coast Guard for exhibiting tremendous zeal and tenacity whilst discharging their mandated charters.

The Defence Secretary also expressed satisfaction with the progress and expansion of the service which includes induction of state of the art ships and aircraft. The Defence Secretary also exhorted the concerned officials to work towards timely culmination of important projects including the Coastal Security Network.
The Director General Indian Coast Guard Vice Admiral AG Thapliyal, in his inaugural address highlighted the progress made by the service across the entire spectrum of activities and also thanked the MoD for all the valuable support and guidance.