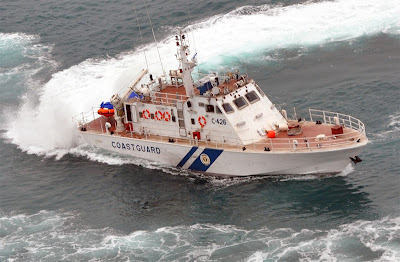 The Indian Coast Guard commissioned an Interceptor Boat (IB) for close-coast patrolling along the Odisha and West Bengal coast at Paradip, on Thursday.

The ship is commanded by Deputy Commandant Tarun Dutt Pandey and has a crew of one officer and 11 enrolled personnel.

IB C-426 will be based at Paradip under the administrative and operational control of the Commander, Coast Guard Region (North East).

The 28 meter long vessel displaces 90 tonnes and can achieve a maximum speed of 45 knots, with an endurance of 500 nautical miles at an economical speed of 25 knots.