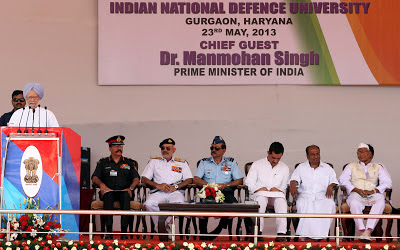 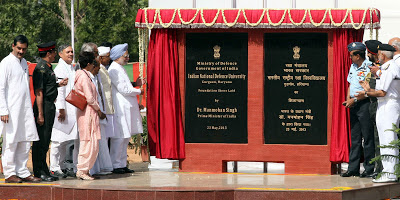 The proposed Indian National Defence University spread over more than two hundred acres of land which will be fully functional in 2018 will be set up as a fully autonomous institution to be constituted under an Act of Parliament. While the President of India would act as the Visitor, the Defence Minister will be its Chancellor.

It may be recalled that after the Kargil conflict, the government had set up a Review Committee, headed by eminent strategic expert K Subrahmanyam, which had recommended the establishment of a university to exclusively deal with defence and strategic matters. The aim of INDU would be to provide military leadership and other concerned civilian officials knowledge based higher education for management of the defence of India, and keeping them abreast with emerging security challenges through scholarly research & training. The INDU would develop and propagate higher education in Defence Studies, Defence Management, Defence Science and Technology and promote policy oriented research related to National Defence.