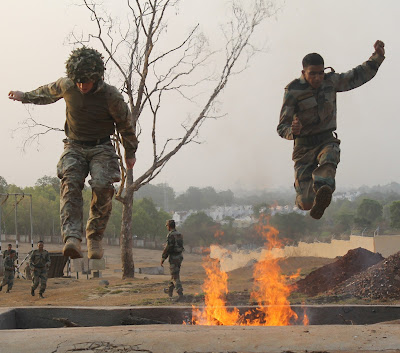 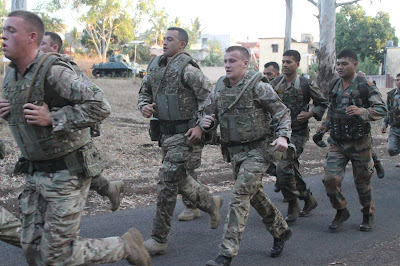 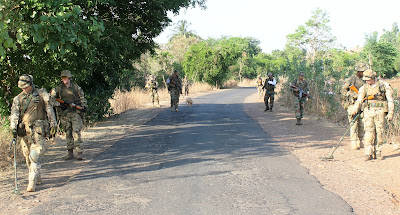 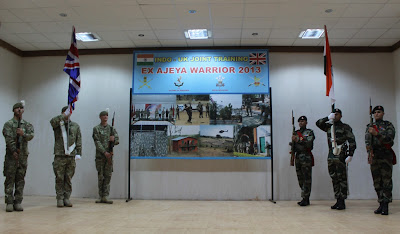 The Indo-UK Joint Military training aimed at enhancing counter terrorism skills got underway on 04 April 2013 at the hills of Belgaum.  The Joint Training code-named Exercise Ajeya Warrior will simulate a scenario where both nations are working together on a joint operation in counter insurgency and counter terrorism environment.  This is one of the major ongoing bilateral defence cooperation endeavours between the two countries and is the fifth in the series which initially started as a biennial feature in 2007 to be held in India and UK alternatively.
The four-week exercise will witness about 100 personnel of the Royal Welsh Regiment of the UK Army and a similar strength of a battalion of the Kumaon Regiment of Indian Army.  The troops of the two countries are in the third week of their joint exercise.  The first week comprised of familiarization with the organisation, weapons and equipment of both the armies.  In the second week tactical drills of the two countries were demonstrated and practiced.
Both countries have troops deployed in active Counter Insurgency/ Counter Terrorism operations and thus sharing each other’s operational experiences in such diverse environment is of immense value. The exercise curriculum is progressively planned where the participants are initially made to get familiar with each other’s organisational structure, weapons, equipment, confidence training and tactical drills.  Subsequently, the training advances to joint tactical exercises wherein the battle drills of both the armies are coherently unleashed.  The exercise is a great step for the armies of the two democratic countries to train together and gain together from each other’s rich operational experiences.