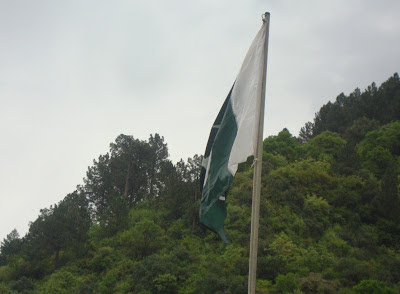 Pakistan has climbed down from its demand for a UN probe into killing of Indian soldiers on the Line of Control (LoC) last week and the tension has eased since the talks between top military officials of the two sides.

External Affairs Minister Salman Khurshid and Defence Minister A K Antony said this today at a meeting of the Union Cabinet while briefing on the situation arising out of the January 8 incident in which two Indian soldiers were killed, one of them beheaded by Pakistani troops.

Khurshid told the meeting, chaired by Prime Minister Manmohan Singh, that Pakistan has indicated scaling down of its stand by wanting bilateral talks instead of its earlier demand for a UN probe into the incident, sources said. He is understood to have referred to statements made by Pakistan Foreign Minister Hina Rabbani Khar to this effect and said a view on the matter can be taken after receiving communication through the formal diplomatic channels.

Antony said tensions have eased on the LoC since the talks between the Director Generals of Military Operations of India and Pakistan yesterday. He is learnt to have told the meeting that the ceasefire has been holding since yesterday and there has been de-escalation of tensions.

The DGMO's of India and Pakistan had yesterday agreed not to allow escalation of tensions along the LoC. Pakistan's DGMO conveyed that orders have been passed to the troops to strictly observe the ceasefire and exercise restraint, according to the Army Headquarters.