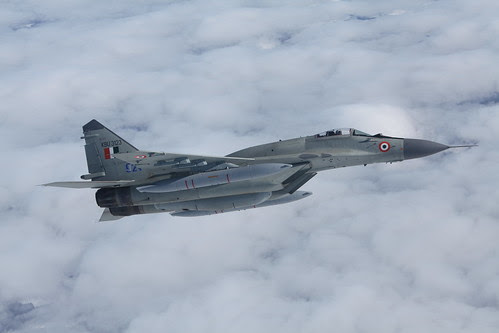 Modernization significantly extends the range of tasks performed by MiG-29. The upgraded aircraft, along with increased capability to fight air targets, acquire the ability to strike ground (surface) moving and stationary targets with precision weapons by day and night and in any weather conditions.

The maiden flight of the upgraded MiG-29UPG took place on February 4, 2011 at the airdrome of the Flight Research Institute named after M.M. Gromov.

The contract provides repair and modification of aircraft for the purpose of extending the life up to 3,500 flight hours and service life - up to 40 years.

Developments of the RAC MiG can significantly extend the life cycle of MiG-29, which was proven by the experience of modernization in a number of countries.