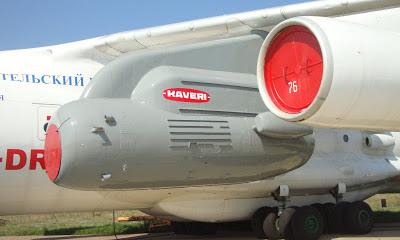 In Lok Sabha today Defence Minister A K Antony gave an update on the progress made by the Kaveri Engine Development Project as follows:

(i) So far, 9 prototypes of Kaveri Engine and 4 prototypes of Kabani (Core) Engine have been developed.
(ii) 2200 hours of test (ground and altitude conditions) has been conducted.

(iii) The following two major milestones have been achieved:-

DRDO demonstrated its technological capability in aero-engine technology. This has been a great achievement in the aerospace community of the country, when the first ever indigenously developed fighter aircraft engine was subjected to flight testing. Tacit knowledge acquired by the DRDO scientists during this project will also be applied for further aerospace technology.  Kaveri spin-off engine can be used as propulsion system for Indian Unmanned Strike Air Vehicle (USAV).

The project was sanctioned in March 1989 at an estimated cost of Rs.382.81 Crore and Probable Date of Completion (PDC) of December 1996. The PDC was extended to December 2009 and cost was revised and enhanced to Rs.2839 Crore.  So far, Rs.1996 Crore has been utilized in this project

This information was given by Defence Minister Shri AK Antony in a written reply to Shri Uday Singh in Lok Sabha today.