Sunday Guardian Reporter Recalls Attack On Him In Farukkhabad 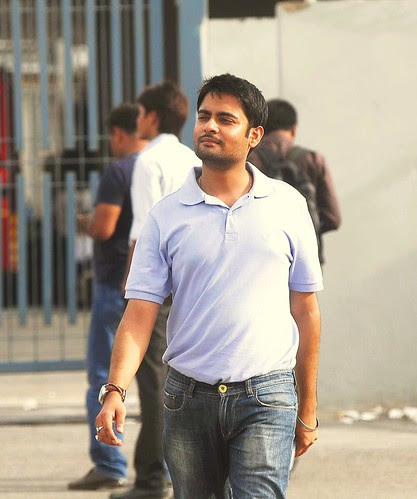 haha, a photo by Chindits on Flickr.
"The ‘attack’ which took place, when I had gone to Farrukhabad to investigate the truth behind the camps organised by Zakir Hussain Memorial Trust, a NGO run by Law Minister’s wife, Louise Khurshid.

The agitated followers of Khurshid, who were angry because I was talking to the locals, first threatened me when I was returning back from Pitaura village, which is the native place of Khurshid.

A man in his early 30s who was riding a motor cycle came up to my moving car and hurled a mouthful of abuses, threatening me with dire consequences if I continued with my investigation. “Tu nikal yahaan se. Tu Salman sahab ka kuch nahi bigaad paayege. Farrukhabad se bahar niklo, batate hain tujhe.

The second assault happened when I was coming out of another place, Kayamganj. A bike rider who was following our car for some time threatened me and started banging on the car glass. He was shouting “kar li tehkikat? **&*&* kuch nahee kar paayega tu, kitna bhee likh le Salman ke khilaaf. (Are you done with your investigation? You cannot harm Salman no matter how much you write). Tu marega”.

He then raced ahead and parked his bike on roadside where three more people were waiting. As soon as our car came near them they started pelting stones and bricks. However, due to the presence of mind that was shown by my driver,Rakesh, we managed to escape. We were followed by these individuals, till the time we entered the main city Farrukhabad.

After reaching the town, I called up the Superintendent of Police whose number was switched off. I then called up the ASP of the district, OP Singh, who to my utter shock said that I should have informed the police before going to these areas."

Abhinandan Mishra is a reporter with The Sunday Guardian, Delhi

Email ThisBlogThis!Share to TwitterShare to FacebookShare to Pinterest
Labels: controversy, war and conflict

and this dumb loser 'salman Khurshid' is law minister of India,god save this country.