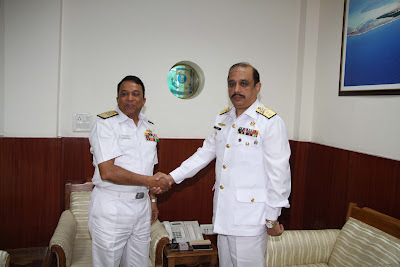 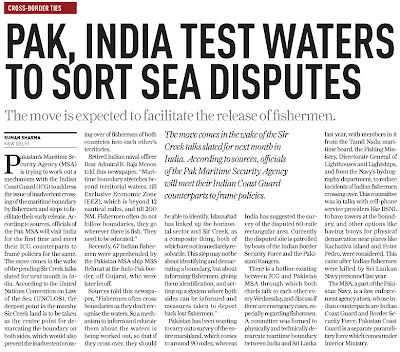 The meeting was held in pursuance of the decision taken during the India-Pakistan Home/Interior Secretary Level Talks held on 28-29 Mar 2011, where both sides agreed to task the Indian Coast Guard (ICG) and PMSA to work on setting up a mechanism for release of fishermen and their boats who cross maritime borders inadvertently.

The group held preliminary discussions on the issue and recognised the need for addressing the humanitarian aspect of inadvertent crossing of maritime borders by legitimate fishermen.  The discussions were fruitful in mutual exchange of ideas and deliberating way ahead in evolving a suitable mechanism for release of such fishermen and their boats. It was also acknowledged that focused approach and sustained efforts of the group needs to be continued.