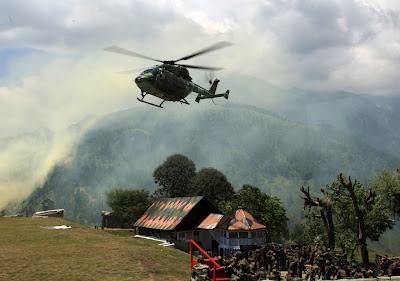 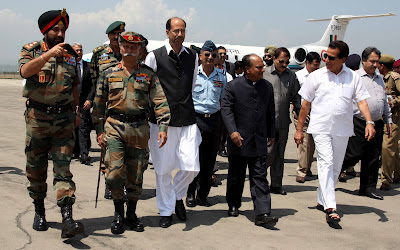 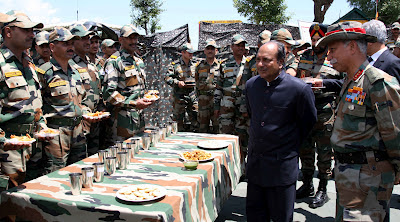 Expressing satisfaction at the improved level of coordination among various security agencies in Jammu & Kashmir, leading to significant reduction in infiltration from across the border in recent times, the Defence Minister Shri AK Antony today called upon the top brass of the Army, para military forces, state police and intelligence agencies to bring more synergy in their efforts  to ensure peace, stability and prosperity in the state.

Addressing a joint security review meeting, here, Shri Antony said, the coordination mechanism should be made perfect to thwart any attempt from enemies to disturb the peace in the state. “ Enemies from across the border will continue their efforts; however, if the security and intelligence agencies understand each other better, the efforts of the enemies will not succeed,” he said. Shri Antony is on a two day visit to the state.
The meeting was attended among others by  the Chief Minister Shri Omar Abdullah, the Deputy Chief Minister Shri Tara Chand, the Minister of state for Home Shri Nasir Aslam Wani, the Chief of Army Staff Gen Bikram Singh, the Defence Secretary Shri Shashi Kant Sharma, the GOC-in-C Northern Command Lt Gen KT Parnaik and other senior officials of the state government and Central Agencies.

Shri Antony had a note of caution for the security forces. He said, in a democratic set up, like ours, there can be no justification for the violation of Human Rights. He also said that efforts should be made to reduce the visibility of the Armed Forces as much as possible without compromising efficacy.

Extending  the Centre’s whole hearted support to the state government for  their development programmes, the Defence Minister announced that the rate of rent of private land under occupation of armed forces will be revised next year by MoD, ground work  for which has already started. It may be recalled that in a salutary move MoD had revised the rates in 2008.

Earlier in the day, shortly after his arrival in Srinagar, Shri Antony, accompanied by Gen Bikram Singh, Shri Shashi Kant Sharma  and Lt Gen KT Parnaik flew into the Uri Sector to interact with the army personnel deployed there. Shri Antony was briefed by Lt Gen Parnaik on the security situation in the state at Srinagar. He also called on the Governor Shri NN Vohra.