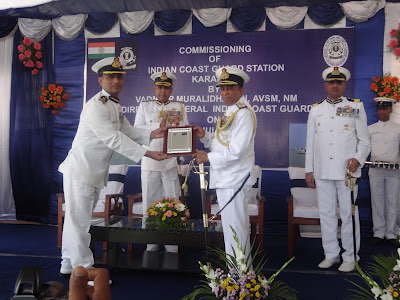 The station is part of ongoing efforts by the Coast Guard to strengthen coastal security along the Indian coastline.  The station at Karaikal will help augment patrolling along the east coast and prevent illicit activity such as infiltration and smuggling.