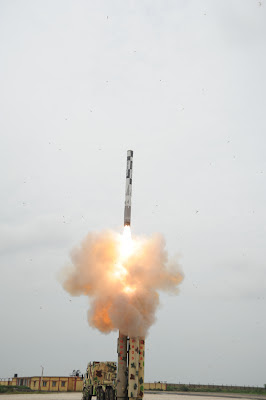 The 32nd flight test of BrahMos supersonic cruise missile was carried out at 1030 hrs from a test range at Chandipur off Odisha coast as part of development trials, today on the 29th of July 2012.

The objective of the mission was to evaluate some of the newer subsystems which are produced from the Indian industry as part of production stabilization. More than 25 such systems were incorporated in
the development missile

The data obtained from multiple telemetry stations of ITR are being analysed for large scale production by the Indian industries.
BrahMos