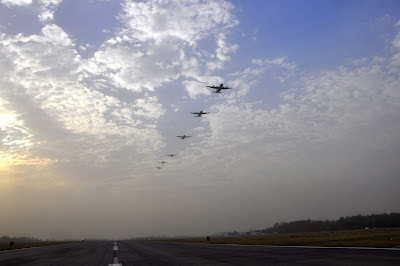 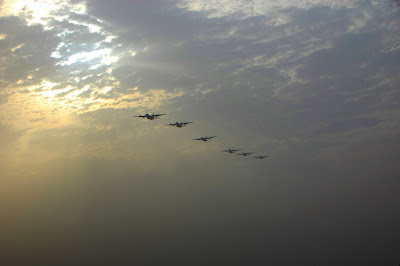 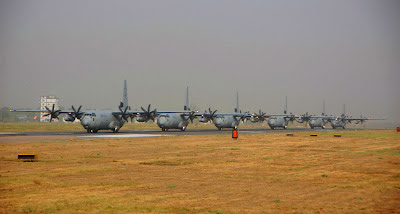 At the break of dawn early this week the Veiled Vipers (C-130J Squadron) flew six of their aircraft in a tactical formation thereby displaying the operational capability and potential of the Indian Air Force in combat airlift operations.
The six aircraft Viper formation also displayed the skills of the aircrew and maintenance potential of the IAF.
The C-130J, Super Hercules is the most newly inducted aircraft in the IAF inventory. It is a medium lift tactical transport aircraft capable of flying  low levels undetected and landing at assault strips.