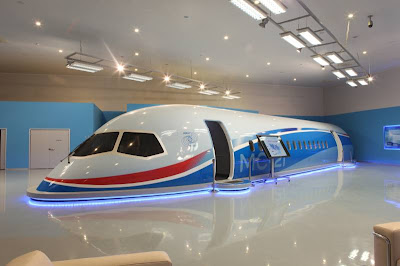 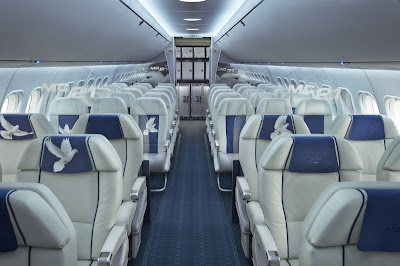 The Russian MC-21 new generation airliner will be presented for the first time in India at the Indian Aviation (IA) 2012 exhibition in Hyderabad from March 14-18, 2012. A life size mock-up of the cockpit and cabin will be demonstrated at a special hanger in the static display area of IA 2012.

The unique feature of the MC-21 airliner is that compared to existing aircraft of its generation in the 150-180 seat category, the MC-21 offers 12-15% operational costs reduction. The family of aircraft will have expanded operational capabilities and will match future environmental requirements. MC-21 airliner provides higher level of comfort compared with existing narrow-body aircraft.

The MC-21 program was started by IRKUT Corporation following a decree of the President of Russian Federation on June 6th, 2010. It envisages a family of short/medium range aircraft intended for passenger transportation on domestic and international routes. In the MC 21 concept, IRKUT’s designers have set out to achieve substantial improvement in the aircraft’s operating efficiency doubled with better comfort. Mr.Kyrill Budaev, vice-president, IRKUT Corp., opines that each MC-21 will be bringing to an airline US$4-5 million of additional profit annually.

The MC-21 project is being developed as an international cooperation including companies from Russia, USA and Europe. Among them are Pratt-Whitney, Hamilton Sundstrand, Rockwell Collins, Honeywell, Thales, Eaton and Zodiac Group of companies.

It is visualized to complete the certification of the 180 passenger MC-21-300 aircraft by 2017. IRKUT Corp already has 235 orders on hand.