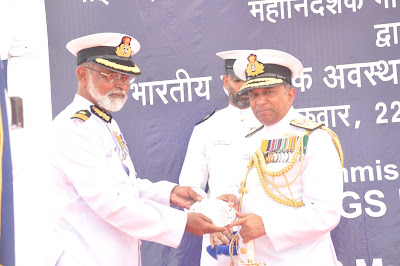 The station is part of ongoing efforts by the Coast Guard to strengthen coastal security along the Indian coastline. The station at Dahanu will help augment patrolling along the north Maharshtra coast and prevent illicit activity such as infiltration and smuggling.

In his address during the Commissioning Ceremony, Vice Admiral Muralidharan dwelt upon the need for maintaining countinuous vigil along the nation’s maritime borders. He called for continued synergy and coordination between various agencies involved in security operations. He further stated that the Coast Guard had initiated several far-reaching projects to augment force levels as also manpower to meet existing and future maritime challenges.