“Evolve Own Strategy For Self Reliance” : Antony To DRDO 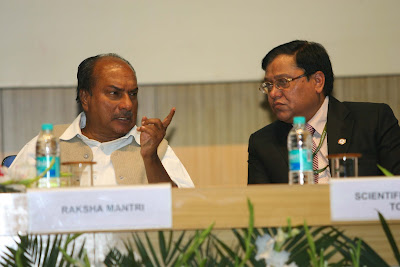 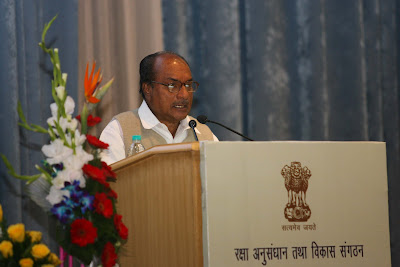 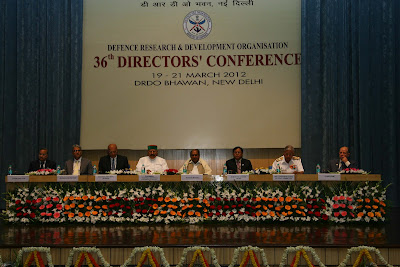 The Defence Minister Shri AK Antony has called upon the DRDO to take a relook at the goal of self-reliance in a globalized economy.

“Today, we are again standing at the crossroads, where the imperative need for modernization in a globalized environment is exerting pressure on the very essence of ‘Self Reliance’. In such a scenario, we need to evolve our own strategy for ‘Self Reliance in 21st Century’,” Shri Antony said, in his inaugural address to the 36th DRDO Directors’ Conference here today.

Shri Antony stressed on the need to meet the timelines of the three Services. “No doubt, there may be a few legitimate reasons for the delay, but we must make every effort to strictly adhere to timelines. DRDO can win the confidence and trust of the Users, i.e., our Armed Forces, only if it meets timelines and delivers the best and the latest equipment and weapon systems,” he said.

The Defence Minister underlined the need for synergy between the DRDO and the Services. “The single most important facet of your operations must be the DRDO-User relation. Both the Services and DRDO must increase their synergy, while finalizing developmental projects and strategies. Secondly, I would like our Armed Forces to actively participate in development programmes, both in management, as well as implementation to ensure that more indigenous systems are inducted,” he said.

Shri Antony said the government recently approved technology acquisition through offsets. “We must leverage offsets to bring in critical technologies to provide a further boost to our existing capability. Today, there is enough space in our defence industry for both the Public and Private sectors to do business. We must ensure active participation of all stakeholders, including Micro, Small and Medium Enterprises (MSMEs) in defence production,” he said.

Speaking on the occasion the Chairman of the Standing Committee of Parliament on Defence Shri Satpal Maharaj noted with satisfaction that the share of R&D in the Defence Budget has risen to 6 per cent from 1 per cent in the 1960s. The Standing Committee had recommended 10 per cent as compared to 15 per cent being invested by certain countries in our neighbourhood, he added.

The National Security Adviser Shri Shivshankar Menon asked the DRDO scientists to “avoid reinventing the wheel” and instead focus on reducing critical dependency on foreign suppliers in specialized sectors like defence electronics.

The Chief of Naval Staff and Chairman, Chiefs of Staff Committee Admiral Nirmal Verma noted that self-reliance in defence industry still remained elusive. “Achievement of total self-reliance in a globalised world is neither affordable nor practicable. To my mind it could be far better to aim for optimum self-reliance”, he added.

Voicing concern on delays, the Defence Secretary Shri Shashikant Sharma said that it has resulted in lag in technology with the role of self-reliance taking a severe beating. He said that in a bid to give boost to R&D, the Transfer of Technology (ToT) will soon be a part of the offset component of defence contracts.

The Scientific Advisor to Raksha Mantri, Secretary, Deptt of Defence R&D and DG DRDO, Dr. VK Saraswat called for the setting up of the Defence Technology Commission and a bigger role for DRDO in picking up the production partner post-development stage of products developed by the DRDO. He said that the first flight of the Agni-V missile is likely to take place next month.

Suman Darling,
Actually these politicians and arms agents and arms lobby people with some army men, do not want India to be self reliant, and that's why they are dead ready to cancel or bad mouth any desi product no matter how better we develop it in India.you can see the examples of arjung tank(far better than T90 in all respect,but army is just fcking around), LCA Tejas( comparabe to mirage 2000 in all respect and far better than mig21,or j10,jf17,j11 etc, but stil IAF is fcking around). You say, how can patriotic Indian scientist or investors can continue to design and develop further and more better equipments when their basic and already developed products are getting on rejected just for the corruption, as politicians and arms lobby can not earn money by buying Indian procucts.(that's why they buy even most basic and rubbish products like guns, from foreign countries.Kindly do an investigation, I am sure you are a capable journalist who can play a important role in saving India from these corrupt arms agents and babus and politicians involved in arms related business.
Your sincere follower.