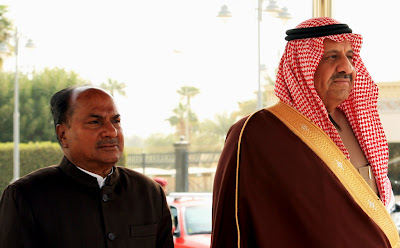 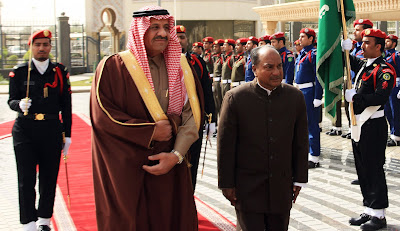 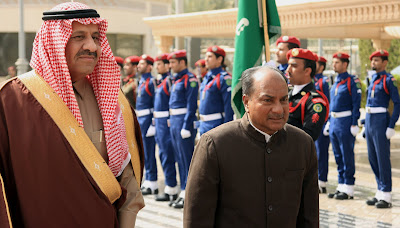 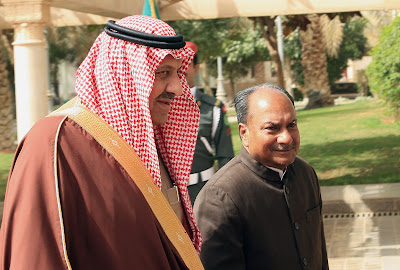 The proposed Committee will evolve plans for cooperation in numerous areas including signing of an MoU on defence cooperation, high level reciprocal visits at all levels- political, official and Services, ship visits and conducting Passage Exercises during such visits. The Committee will also explore the possibility of signing an MoU on cooperation in hydrography, increased participation in training programmes on both sides and examine the possibility of cooperation in defence industries. Shri Antony’s suggestion for the visit of a delegation from Saudi Arabia to see our defence production facilities in near future was accepted by Prince Salman. The latter also accepted an invitation from Shri Antony to visit India later this year.

Expressing concern at the spread of piracy in the Indian Ocean Region, Shri Antony’s suggestion that the navies of the two countries could explore practical cooperation in the fight against piracy and an active role of the Royal Saudi Navy in the Indian Ocean Naval Symposium (IONS) construct were readily accepted by Prince Salman.

Reviewing the security situation in the Gulf Region, the two sides agreed that all issues need to be settled through peaceful dialogue.

Earlier, on his arrival at the Defence Ministry Headquarters in Riyadh, Shri Antony was presented an Inter-Services Guard of Honour. Prince Khalid also hosted a lunch in honour of the visiting delegation.