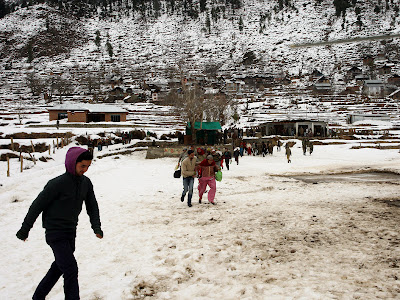 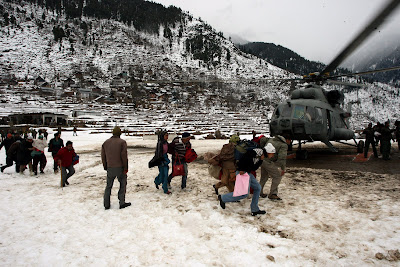 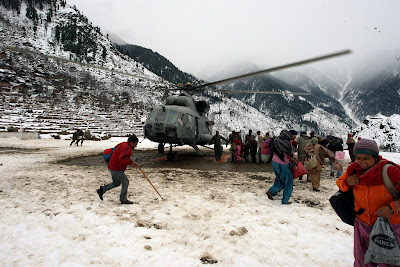 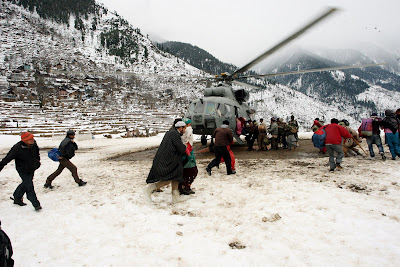 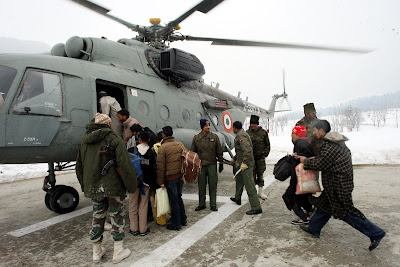 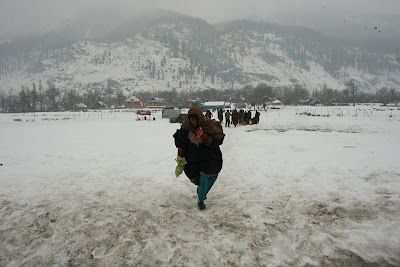 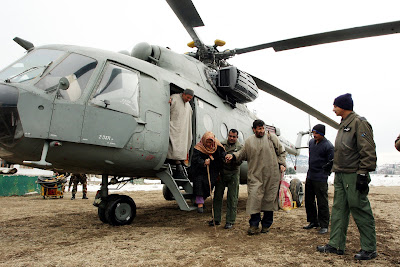 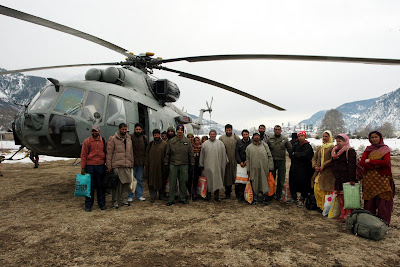 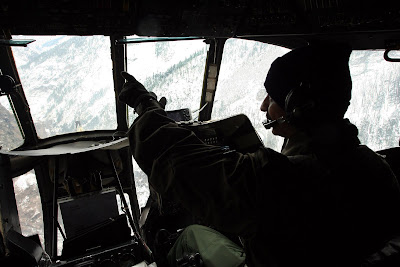 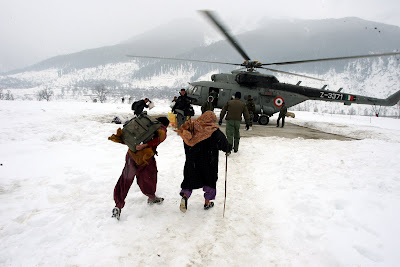 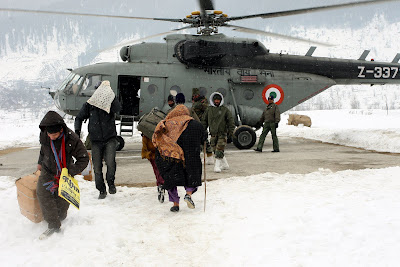 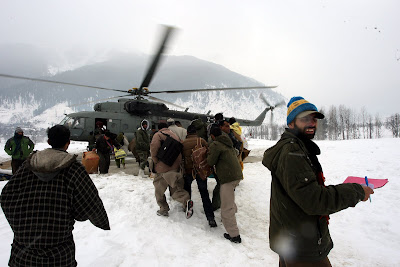 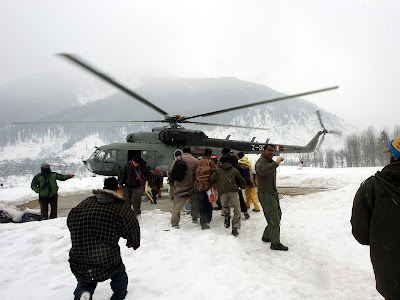 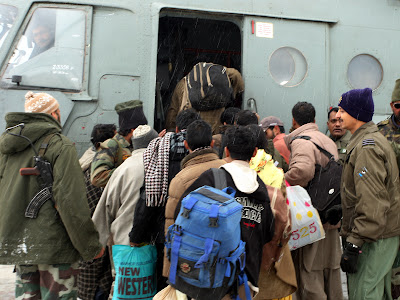 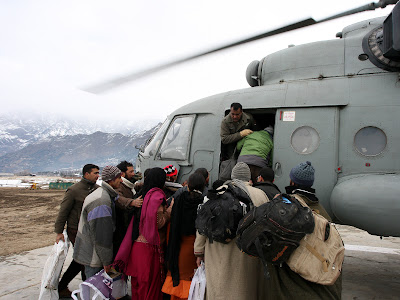 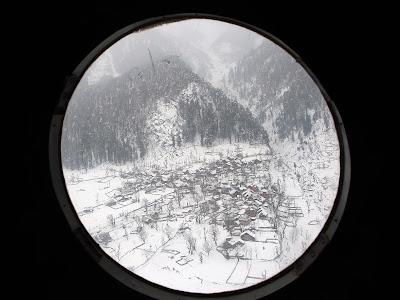 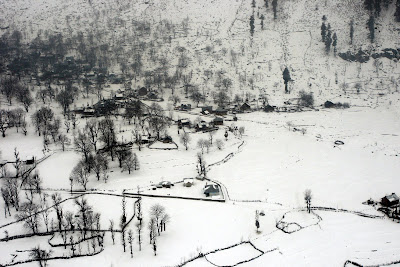 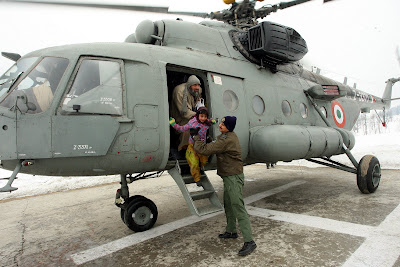 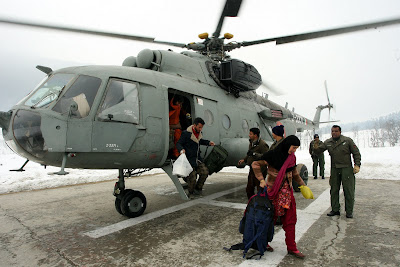 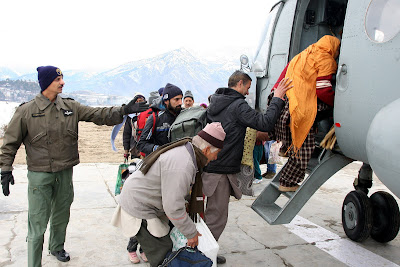 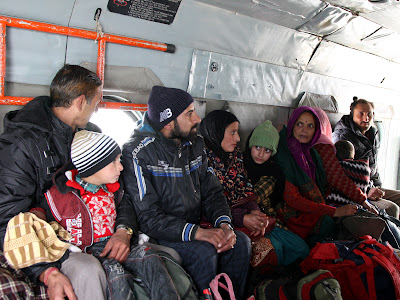 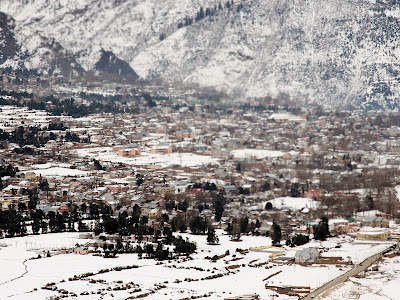 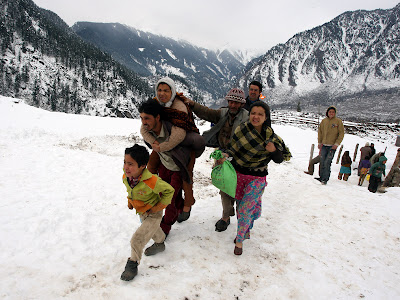 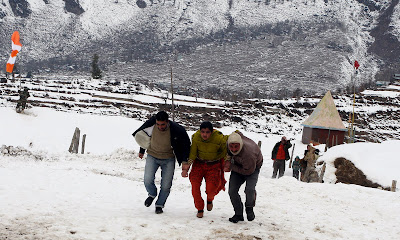 Though J&K Govt had already requested for airlift of stranded civilians in these region, the Jammu based Helicopter unit was on stand by for last few days due to blowing snow and poor visibility over the Natha Top and Patni Top region. “As soon as we got clearance, we immediately took off from Jammu air field early morning today to rescue these snow trapped civilians of Jammu & Kashmir” said Captain of the mission Wg Cdr Anurag Kumar.

Tehsildar, Kistwar, Inderjeet Singh told that approx 300 passenger are stranded in between Kistwar, Marwah, Nawapachi and Soundar region after snow fall started on 07 Jan 12. Nb Tehsilder Kishtwar Mr. Bhat told that civilians from remotest part of this region came for official job or medical treatment were stranded due to heavy snowfall. He also told that these all regions are connected by foot only. There is no vehicle communications. There are villages which takes 2-3 days by walking to reach those villages. So far, 108 civilians excluding children have been air lifted. He also told that the communication for these places are on foot only.

Braving cold waves and extremely chilly condition, in a dare devil rescue mission, Wg Cdr Anurag Kumar along with his crew members Flt Lt Ashim Momin, JWO Nautiyal and Sgt MK Sharma rescued these snow trapped civilians to bring a sigh of relief and smile on their face. The visibility was very low and it was snowing in Nawapachi during first landing. The temp was also chilling with minus 5-6 degree centigrade.

After rescuing 108 civilians and 13 children the operation was suspended due to severe blowing snow in Nawapachi, Inchan area in Kishtwar. The pilots were waiting for weather clearance.

Md Abbas of Marwah and Hasina Banu of Nawapachi who also been airlifted by AF along with their children and family said “ We were stranded here for two weeks. We had to go to Kishtwar for treatment, but everything was closed. Every Year we faced these problem but Air Force Helicopter is always reach us as an angel to rescue us.” The other stranded civilians also thanked the civil Administration for their safe transit. The unit motto of 130 Helicopter Unit is COUNT ON US –who are always with the people of J&K.

Usually I never comment on blogs but your article is so convincing that I never stop myself to say something about it. You’re doing a great job Man, I like it..Heli Banners Australia..Keep it Up!Keep it up.