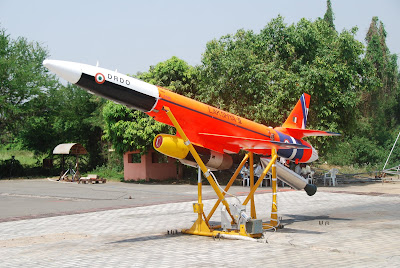 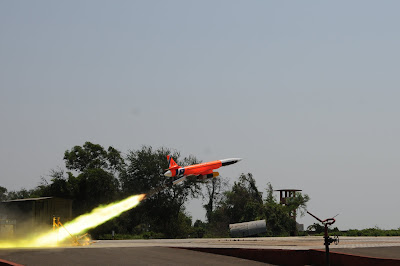 Flying at sea skimming height of about 15 meters at DRDO’s test range near Balasore, Lakshya-II the advanced version of DRDO’s Pilotless Target Aircraft today demonstrated its full capability. In a flight lasting over 30 minutes, it was made to dive down from an altitude of around 800 m to just 12 m and maintained required altitude for the specified time before demonstrating auto climb-out. The entire flight was pre-programed and was totally successful. It demonstrated various technologies and sub-systems including software correction to auto rudder scheme done to prevent loss of mission, engaging and flying in way point navigation mode while carrying 2 tow targets. During the flight one of the tow targets was released and the other was deployed while way point navigation was on. This was the 10th flight of Lakshya-II PTA and this was the first time that the ultimate capability of the Lakshya-II, was demonstrated achieving all the user’s objectives. Lakshya-II has been designed and developed by the Bangalore base Aeronautical Development Establishment, a premiere DRDO lab specializing in UAVs and flight control systems.
DPR