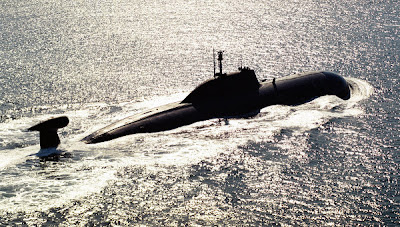 Russia’s Nerpa nuclear submarine has finished sea trials and is now ready to be leased to the Indian navy in the next few days, an engineer said on Wednesday.

“The submarine is now fully ready to carry out its tasks,” a senior executive at the Amur Shipyard, where the submarine was built, told RIA Novosti. “It will be handed over before the end of the year.”

The ten-year lease is worth $920 milion.

The Nerpa, an Akula II-class attack submarine, had originally been scheduled for delivery in 2008 but an accident earlier that year forced the Russian authorities to put it on hold.

Twenty people, mostly civilians, were killed when a fire-suppressant gas was released on the Nerpa during shakedown trials, in one of Russia’s worst naval accidents.