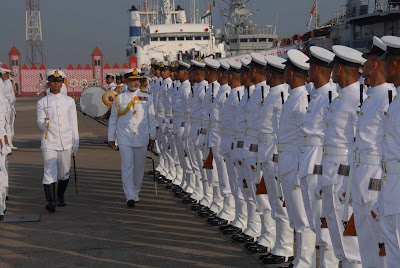 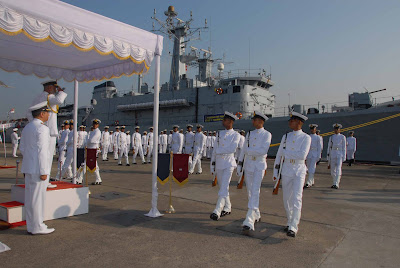 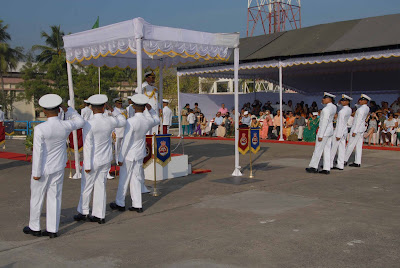 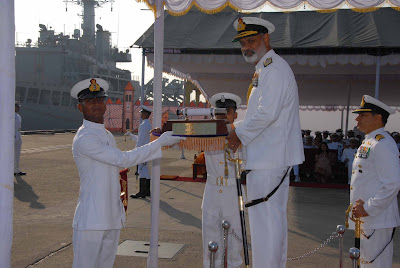 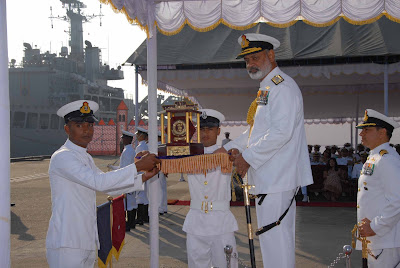 In a memorable Passing Out Parade, 138 Officer cadets of the 82nd Integrated Cadets Course, passed out of the First Training Squadron, comprising of Indian Naval Ships Tir, Krishna, Indian Coast Guard Ship Veera, and the Sail Training Ship INS Tarangini. Vice Admiral KN Sushil, Flag Officer Commanding-in-Chief, Southern Naval Command reviewed the impressive Parade which was witnessed by the proud parents of the Passing Out course as well as Naval Officers and their families.

Vice Admiral KN Sushil in his address to the cadets reminded them about the importance of understanding and learning the Men they command. The Admiral said that humane leadership is as important as technical prowess on board warships. The cadets were given extensive instructions and sea experience on General Navigation, Astro Navigation, Communications, Gunnery and Seamanship on board the ships of First Training Squadron. The trainees visited various ports on East and West Coast of India as well as foreign ports of Phuket (Thailand), Port Klang (Malaysia), Singapore, and Jakarta (Indonesia). INS Tarangini provided them the important exposure to traditional sail training. The 24 weeks on the ships of the First training squadron provided them with the understanding of the rigors of the sea, helped them establish their ‘sea legs’ and develop a Seamen eye in addition to instilling a spirit of adventure.

The coveted Chief of the Naval Staff trophy and Telescope for the Best All Round Cadet was awarded to Cadet Kundan Kumar. Cadet NJ Prabhune received the Binocular for standing first in overall Order of Merit and Cadet Manjeet Singh Rawat was awarded the FOC-IN-C East rolling trophy for maximum progress in intellectual and professional fields during his term onboard. Cadet Pankaj Mishra received the Director General Indian Coast Guard trophy for the best Coast Guard cadet while Cadet Ishaan Deosthalee was adjudged the best sportsman. The cadets will now join frontline warships of Western and Eastern Fleet for further six months training as Midshipmen, prior to being commissioned as Officers. First Training Squadron is commanded by Captain Ajay Sirohi.