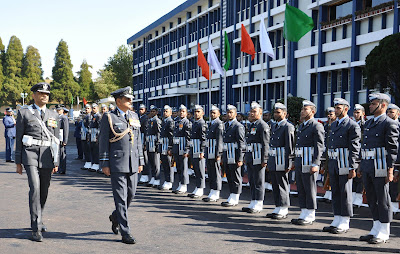 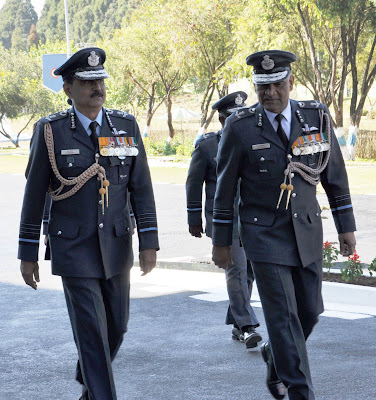 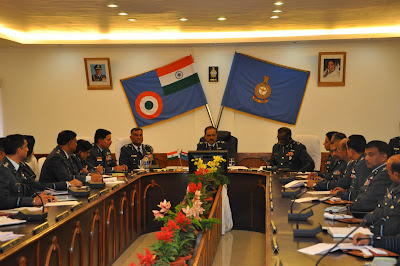 The Air Chief was presented with a ‘Guard of Honour’ on his arrival at the Head Quarters. He later addressed the Command personnel and complimented them on their sustained air maintenance efforts in carrying out Disaster Relief Operations during Sikkim earthquake and Orissa floods .He also interacted with the Commanders of all the formations under Eastern Air Command as well as the key appointments and Principal Staff Officers of the Command.

In his address to the Commanders, he stressed upon the importance of Operations,Infrastructure development in the North East Region with an aim towards increasing accessibility to the North East, induction of new equipment alongside maintenance of and use of old equipment, Aviation and Maintenance Safety and most importantly the welfare of the Air Warriors. In line with the vision statement of the IAF of – People First Misison Always ,he said, “Our entire focus must be on the operations as we are doing a capability enhancement across the board in terms of new inductions.I can assure you, you have all my support in achieving your longterm objectives.”

Exhorting all the Commanders to focus on supporting, supervising, counseling, mentoring and guiding those under their charge during training as well as in the units He said, “Invest your time and energies in people, our most important asset.”

This is the first visit of the Air Chief to the North East Region, after assuming the charge as the IAF Chief on 31 July 2011. The three day visit to the region will include visits to bases such as Guwahati, Tezpur, Chabua besides Shillong to oversee the planned infrastructure development by the IAF in the region.

Email ThisBlogThis!Share to TwitterShare to FacebookShare to Pinterest
Labels: Chief of Air Staff

The clown keeps on visiting commands while his fighters keep on crashing....even in the army every 3 star keeps on visiting Srinagar on the pretext of 'boosting morale' and 'getting an idea of the situation'...when the Chinese come these jokers will be the first to run away.....