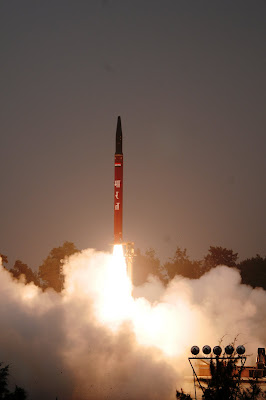 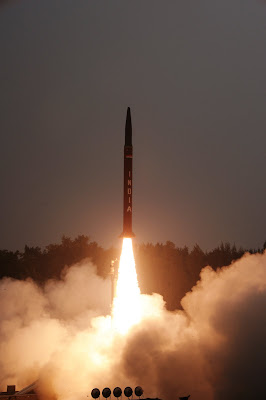 The AGNI A1-06 was successfully flight tested from Wheeler Island today at 0930 hrs by the Indian Army. The missile was launched from a Road Mobile Launcher System and reached the target point in the Bay of Bengal. The missile was tracked by radar and telemetry stations located along the coastline. Two Naval Ships located near the target point tracked the missile in the terminal phase of the flight. The missile, indigenously developed by DRDO, is already in the arsenal of Indian Armed Forces.
DPR