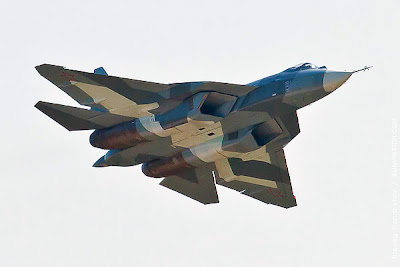 The jet was piloted by the honored test-pilot of Russian Federation, Hero of Russia, Sergey Bogdan. The fighter’s flight lasted more than one hour and then it has landed at the runway of enterprise’s airfield. The flight has been performed successfully in full accordance with flight assignment. The stability testing has been performed during the flight and the work of powerplant has been evaluated. The jet has performed well on all the stages of flight. The pilot has underlined the reliable work of all the systems and equipment.