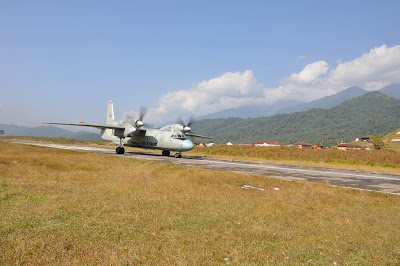 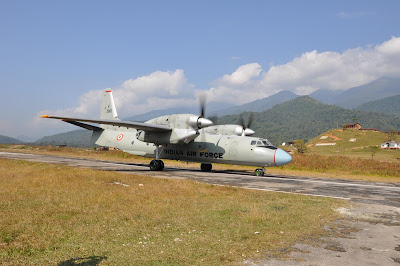 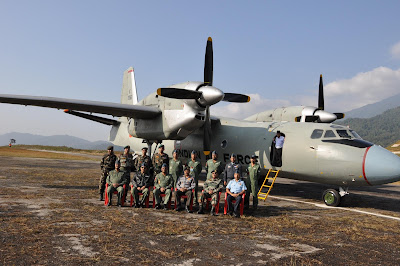 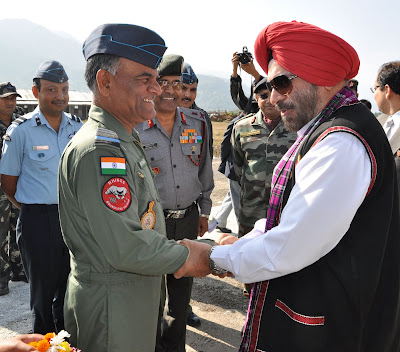 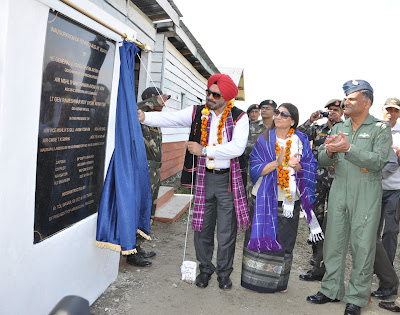 The Indian Air Force commenced its operations with Dakota and Otter in 1962 and subsequently the role was transferred to AN-32 since 1984. This ALG was made up of Pierced Steel Plate (PSP) sheets. Air maintenance operations had to be discontinued due to poor condition of the ALG since few years back. Subsequently extensive repairs were undertaken and the entire runway surface was renovated by the IAF with the help of the PWD Arunachal Pradesh. This ALG will now facilitate routine and regular air maintenance.

“The IAF has since been entrusted with the responsibility of developing the ALGs in Arunachal Pradesh with the dual purpose of giving a boost to local area development and enhancing military capabilities” said Air Marshal S Varthaman. He also added that since Vijaynagar is only accessible by air, revival of this ALG will provide immense relief to the local population. He conveyed his appreciation to the PWD and the immense support received from the Government of Arunachal Pradesh. Air Vice Marshal KS Gill welcomed one and all for the inaugural ceremony. He mentioned that with IAF commitment to the national security interests, it has revived this ALG for transport operations.

On this occasion, Assam Rifles had organised a colourful cultural programme which included the traditional dance by Lishu tribes and the Nepalese.

Some jointmanship! The main beneficiary of this facility would be the troops posted in the forward areas. No Army formation commander at the inauguration.I don't think the former Army Chief counts - he happens to be the governor. As for the DG Assam Rifles he is under the Home Ministry and in any case his main contribution was the cultural show!