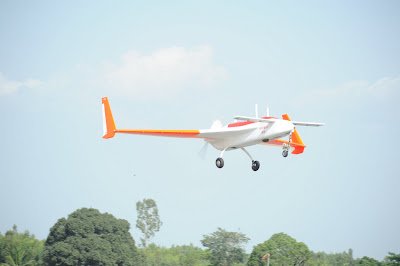 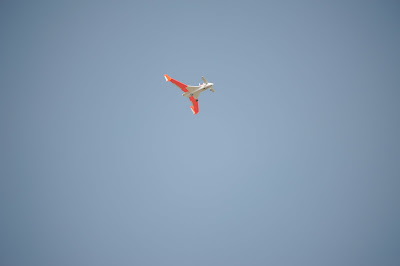 Indigenously designed and developed RUSTOM-1 made 5th successful Flight today morning while flying at an altitude of 2300 ft AGL (above ground level) & at a speed 100 Knots during
25 minute of cruise near Hosur. It may be noted that this medium altitude long endurance unmanned aerial vehicle (Male UAV) is developed by DRDO with Aeronautical Development Establishment (ADE) Bangalore as the nodal laboratory. It had its maiden flight in 2010. Mr. PS Krishnan, Director, ADE stated that the flight was successful as all the modifications done worked well and all the parameters were achieved by the UAV which was weighing 661Kg & the total performance was good. In specific the objective of testing modified lift off scheme, modified altitude and speed hold logics worked excellently well.

This UAV can attain a maximum speed of 150 Knots, 22,000 ft of altitude and endurance of 12-15 Hours with an operating range of 250 Kms when fully developed.