Gen VK Singh, PVSM, AVSM, YSM, ADC, Chief of the Army Staff is visiting Skinner’s Horse at Meerut Military Station on 30 September and 01 October 2010 for a Felicitation Ceremony on being appointed the fourth Honorary Colonel of the Regiment of “The Skinner’s Horse”.
Skinner’s Horse (1 HORSE) was raised on 23 Feb 1803, at Hansi by Colonel James Skinner, CB and is the fourth oldest Cavalry Regiment with a glorious history of over 200 years. After being a Horsed Cavalry outfit for over a century, in 1939, the Regiment was converted into a Motory Cavalry Regiment at Rawalpindi. Since its raising, the Regiment has inscribed its deeds in indelible letters of gold over the pages of Indian history, leaving a trail of blood and covering themselves with glory. The Regiment performed with distinction in the first Afghan War in 1841, Kandhar 1842, the Second Afghan War 1889, the Boxer rebellion 1900. North West Frontier 1914-18, the Third Afghan War 1919 and subsequently during both the World Wars. Post independence, the Regiment fought gallant actions in the Indo-Pak conflict of 1971. Today the Regiment proudly boasts of holding 19 Battle Honours.

The price negotiating committee for the alternate engine for LCA Mk-II has finalised the comparative statement of tenders. The Committee chaired by Dr Prahlada, had its representatives from the MoD, Defence Finance, ADA, DRDO, IAF, HAL and Indian Navy. After evaluation and acceptance of the technical offer provided by both Eurojet and GE Aviation, the commercial quotes were compared in detail and GE Aviation was declared as the lowest bidder. Further price negotiations and contract finalisation will follow soon. 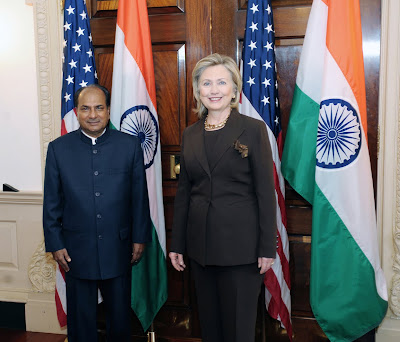 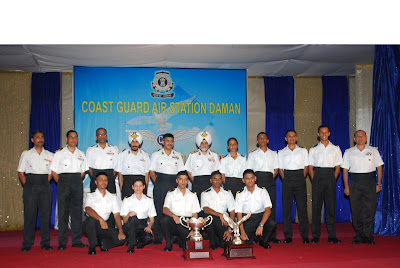 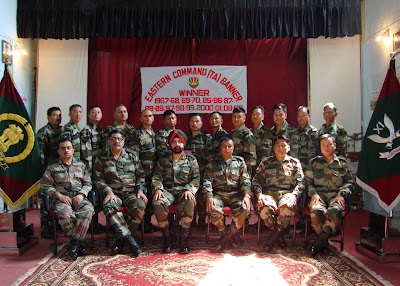 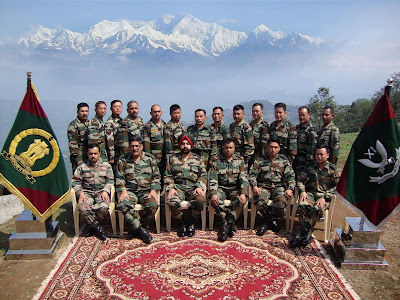 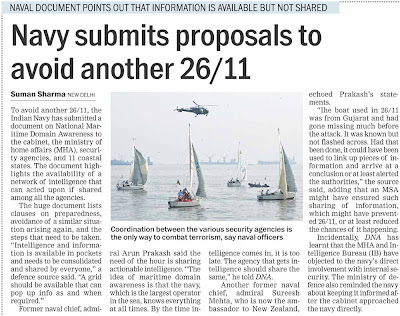 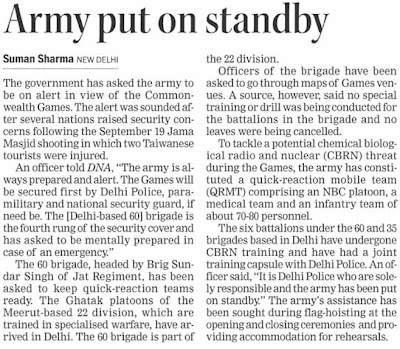 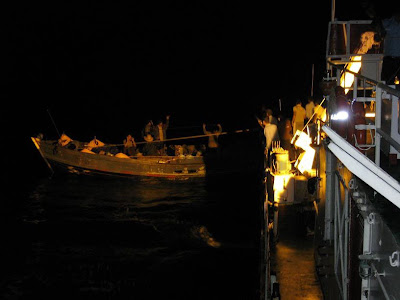 The Indian Coast Guard (ICG) has apprehended as many as 60 Myanmarese poachers off the Andamans islands in less than a week. On the night of September 22, 2010 CG ship Aruna Asaf Ali detained two boats and caught 24 poachers. While undertaking a routine patrol in the Northern Andaman Sea the ship’s Commandant Vijay Singh noticed suspicious movement of two boats, separated from each other by a distance of five miles, approaching from the direction of the Coco Islands. As the CGS Aruna Asaf Ali chased one boat, the other boat tried to give a slip, taking advantage of the darkness. It was only after a high speed chase and warning shots that the poachers on the second boat also surrendered. Over the last weekend, between September 18-20, the ship had apprehended a total of 36 poachers from three boats.

The Coco Islands in Myanmar is just about 26 miles from the Indian territorial waters, making it easier for poachers to sneak into the Indian waters.

Following heightened surveillance and vigil by the ICG ships, helicopters and Dornier surveillance aircraft along the Andamanas archipelago, the ICG has apprehended 88 Myanmarese poachers alongwith seven boats this month.

The Northern Andaman Sea has abundant Sea Cucumber, Molluscs and Corals, tempting poachers to indulge in illegal extraction of underwater marine wealth in India’s exclusive economic zone. All the apprehended boats, carrying sufficient fuel and provisions to sustain at sea for prolonged duration, were equipped with diving equipment. The smuggling of Molluscs and Sea Cucumber, which have high medicinal and aphrodisiac value, is rampant due to its high prices in the international market.
DPR

One MiG-27 aircraft of IAF crashed 40 kms east of Kalaikunda, West Midnapore district on Sep 24, 2010 at about 0830 hrs. The pilot who got airborne from Kalaikunda airbase for routine flying sortie, ejected safely. There is no reported damage to civil property or life.

A Court of Inquiry has been ordered to investigate into the cause of the accident.

India's indigenously developed nuclear capable Prithvi-II ballistic missile failed to take off during a user trial, conducted by SFC, from the Integrated Test Range at Chandipur off the Orissa coast on Friday apparently due to a technical problem, defence sources said.

Though the ITR authorities were not immediately available for comment, defence sources said the sophisticated missile could not take off during the planned trial from the launch complex-III of the test range due to some "technical snag."

"The failure to lift Prithvi-II was due to a snag either in the main missile or the sub-system, including the launcher," they said, adding the test-fire was slated to be held as part of user's trial by the armed forces.

Ria Novosti Infographics--MiG-35 Vs Other MiGs 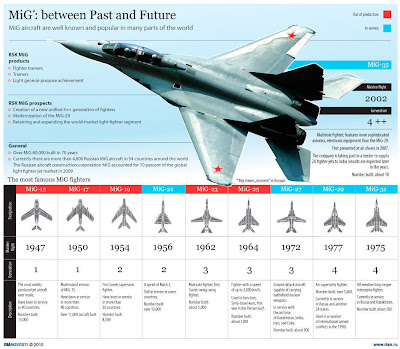 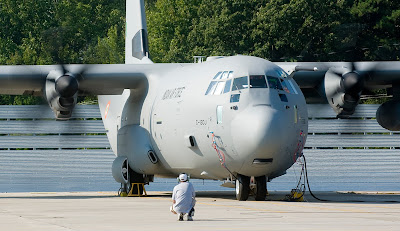 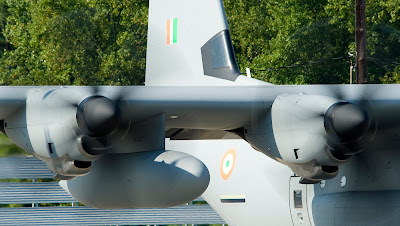 Email ThisBlogThis!Share to TwitterShare to FacebookShare to Pinterest
Labels: aircraft, IAF, photos, US

Email ThisBlogThis!Share to TwitterShare to FacebookShare to Pinterest
Labels: aircraft, IAF, photos, US

'Army Being Made Scapegoat, AFSPA Needed As Security Blanket' 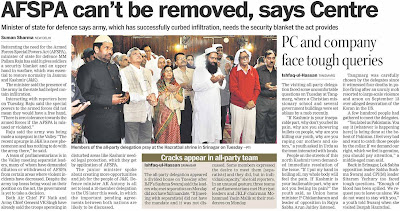 Posted by Suman Sharma at 8:47 AM 1 comments 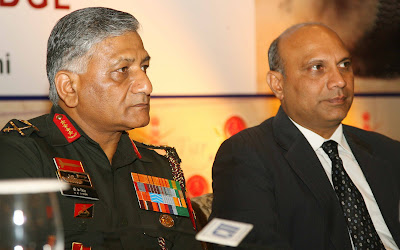 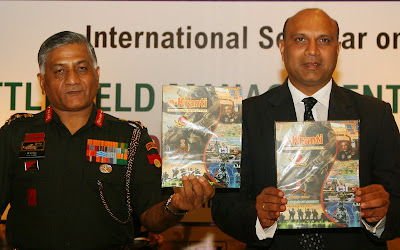 “It will be my endeavor to create a level playing field to both the public and private sectors leading to an enhanced domestic capability and ensure that greater opportunities are given to Indian entrepreneurs," said Minister of State for Defence, M M Pallam Raju, in his address at the third International seminar on Battlefield Management System (BMS), “The Power to the Edge”.

‘The offset policy in DPP is sure to provide a fair playing ground to both the public and private sectors leading to an enhanced domestic capability” said Pallam Raju.

Speaking at the two day seminar organized by Confederation of Indian Industry (CII) along with Directorate General Information Systems he added that BMS will be the precursor of similar systems for our Para Military forces. To thwart threats other than war, Indian Army is aiming for full spectrum dominance. BMS will also address the counter-terrorism, counter-infiltration requirements and will act as a force multiplier. Mr. Raju was confident that the Indian industry will be able to develop such a system for the armed forces. Mr. Raju also inaugurated a capability exhibition which was oraganised parallel to the seminar

Gen V K Singh, PVSM, AVSM, YSM, ADC, Chief of Army Staff said that all future operations are going to be joint operations and that the net centric concept is not just restricted to a single arm or service. To get the desired level of synergy, the flow of correlated and intelligent information between the three services is essential. To translate any joint doctrine into action, interoperatibility between the Army, Navy and Air Force is crucial. The Indian players will be able to develop acceptable solutions in the required time frame. He further added that a dynamic voice and data communication capability would be the heart of BMS.

Lt Gen V S Tonk, AVSM, DCOAS (IS&T), Integrated HQs of Mod (Army) said that in the course of developing the BMS many challenges will have to be overcome including integrating diverse systems. BMS will have to exchange information with Tac C31 systems and FINSAS of infantry.

Satish K Kaura, Co-Chairman CII National Defence Council and Chairman Samtel Group said Indian industry has come of age and is making forays into newer sectors, defence being one of them. However private sectors capabilities and potential have not been exploited fully. CII is committed to strengthen industry’s partnership with Indian Army.

Army Chief Refuses To Interact With Media After Being Pulled Up For Vocal Remarks On AFSPA!

As Army Chief, Gen V K Singh, rushed out today after the BMS seminar without taking any questions, from the electronic media waiting to ambush him, I heard from reliable sources that he's been pulled up for his remarks in the recent months on AFSPA, army's position and ofcourse his views on the political leadership.

Antony To Leave For US After This Friday's Babri Verdict!

Defence Minister A K Antony will meet US Defence Secretary Robert Gates and the US National Security Advisor General James Jones during his September 27-28 visit. He will also discuss pending bilateral agreements such as communication interoperability, logistics support and geo-spatial cooperation, and will also voice India's concerns about US supplying arms to Pakistan. 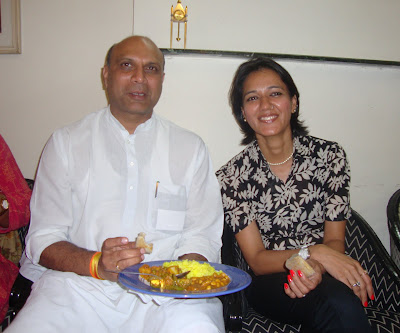 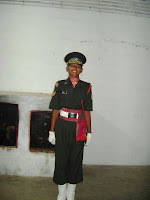 Coming amidst arguments on whether to have women officers in combat arms or not and after court decisions on granting serving women officers permanent commission, here is good news for all women officers. For the first time in the history of the armed forces and the Chennai-based Officers Training Academy (OTA), a woman cadet would receive the highest award in training, the "Sword of Honour".
A Divya (21) will receive the 'Sword' from the Chief of Army Staff, General V K Singh, on September 18 during the passing out parade of the academy, an honour, given to the best all-round cadet. Divya has also bagged three gold medals in academics.

Normally the sword of honour is reserved for the best passing out cadet, who tops the order of merit, but has chosen a fighting arm to get commissioned into. Since women officers are still not in combat arms, this is a first of its kind. Divya is among the 70 woman cadets and 157 gentleman cadets to be commissioned into the Army as short service commissioned officers after the passing out parade to be reviewed by Gen Singh. An officer told DNA, since the sword represents a fighting weapon it is reserved for only those opting for combat arms like Infantry, armoured corps, and mechanised infantry and since these branches are not open for women officers, therefore they were never considered for the sword.

Since 1992, after the army opened its doors for their entry as commissioned officers, this was the first time a woman cadet has bagged the 'Sword of Honour'.

Divya is an accomplished classical Bharatanatyam dancer, a percussionist and a sportsperson. She plays basketball, discus throw etc.

However in the Indian Air Force (IAF) Flying Officer Uvena Fernandes, a professional football player, became the first lady cadet in the Air Force Academy to pass out as an Academy Cadet Captain (the highest appointment in any academy) in December 2006.

Well done Divya, am proud of you!

Anti-Piracy In Gulf of Aden 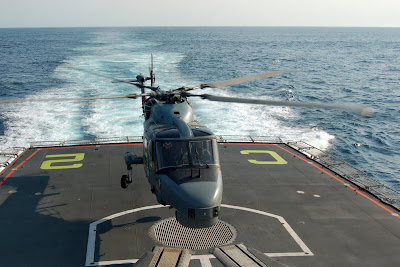 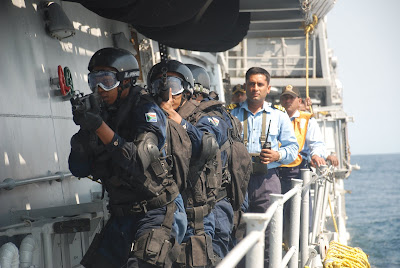 The Indian Ocean region off Durban is abuzz with activity as 11 ships of the navies of India, Brazil and South Africa engage in nautical exercises as part of the ongoing IBSAMAR, India-Brazil-South Africa Maritime (Exercise).

This, the second edition of IBSAMAR scheduled from 13 – 27 Sep 2010, is slated to be a multi-dimensional exercise where in various naval scenarios are being exercised. The exercises are structured with the aim of sharing best practices in various facets of naval operations. The ships participating are Mysore, Tabar, Ganga and Aditya of the Indian Navy; Amatola, Spioenkop, Drakensburg, Charlotte Maxeke, Queen Modjadji-I and Galeshewe of the South African Navy and the Brazillian Naval Ship Niteroi. Associated integral helicopters including Lynx & Seakings are also participating.

The inagural India-Brasil-South Africa trilateral exercise was held in South Africa in May 2008. IBSA is a unique forum which brings together the three large democracies from the three different continents, all facing common challenges. IBSAMAR is steered by the Joint Work Group for Defence, which is one of 16 Joint Working Groups of the three nations looking into various cooperation initiatives. 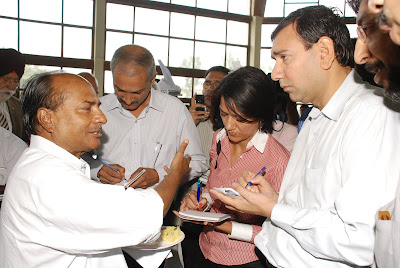 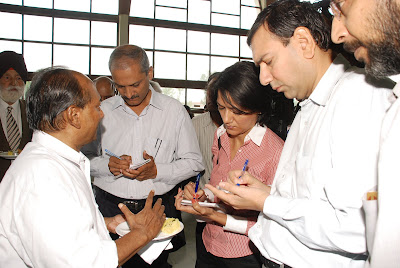 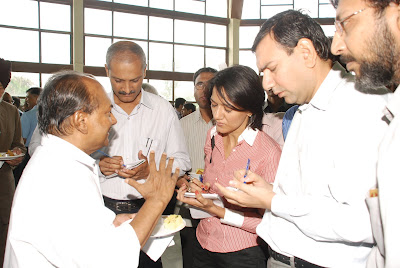