MSA gets stuck in the bureaucracy 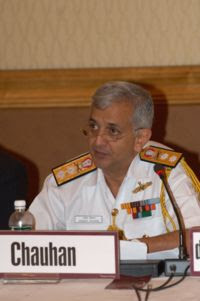 Like every proposal becoming a victim of the cold-war between the bureaucracy and the armed forces, the Indian Navy's decade-old proposal of having a three-star officer as the Maritime Security Adviser (MSA), too seems to have been caught up again in the bureaucratic ego-tussle and is gathering dust. The proposal which was primarily aimed at policy coordination between agencies using the sea was first put up about a decade ago, and the need for it was reiterated post-Kargil.
But 26/11 brought to the fore the very question of regulation and coordination of as many as 17 agencies which use oceanic spaces whose policies and traffic needed coherent cohesiveness, the lack of which perhaps resulted in the unpleasant situation.

The Mumbai terror attacks could've been avoided or atleast the chances of it lessened if the MSA came into existence prior to it, said a source. The file is gathering dust with the Government, and the Navy is hopeful that it would be sorted out soon.

The MSA would directly report to the National Security Adviser (NSA)-PMO, after taking into account the agreements and dissents of representatives of these agencies forming a Maritime Security Advisory Board (MSAB). These agencies are Ministries of Home, Health, Earth Sciences, Agriculture, Fisheries, Shipping, Finance, Petroleum, Deep Sea Mining, Indian Coast Guard, Customs department and the Navy.

The three-star officer would have a staff under him to coordinate and assist.

The name doing the rounds for the post is that of Vice Admiral Pradeep Chauhan.

Sources have indicated that the NSA's office is uncomfortable with the creation of the new post as it is seen as a parallel power, while others have said that bureaucrats from these Ministries and departments are not comfortable reporting to a naval officer, hence the file has been sent back to the Ministry of Defence (MoD), with appropriate reasons for the rejection of the proposal. 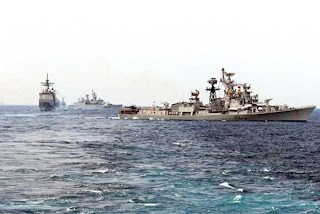 The overseas deployment of the Eastern Fleet of the Indian navy began today with a destroyer, fleet tanker, missile corvette proceeding for a two-month long stint with various foreign navies.Making port calls, the ships will proceed to participate in the Chinese International Fleet Review of the People's Liberation Army Navy (PLA-N) in Qingdao from April 20-24, 2009.

A port call will be made by all the IN ships in Singapore, by some in Manila and Haiphong in Veitnam. The ships will be in Indonesia for the festival of Freedom of Entry from April 17-20 April, and one ship along with the fleet tanker INS Jyoti will make a port call in Pusan, South Korea from April 20-22. The next stopover is in Sasebo, Japan from April 26-29. The return journey would entail a stopover of all the ships in Batam, Indonesia from May 11-14 and in Singapore around May 15, before returning back to India on May 19.

Enroute the fleet, which will have the Eastern Fleet Commander onboard, will undertake annual and passage exercises with an aim towards confidence building measures. .

Air Marshal P V Naik is the next Air Chief 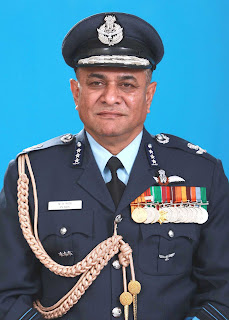 During his long distinguished service spanning nearly 40 years he has served in a variety of Command Staff and Instructional appointments. He has the distinction of 3085 hrs of flying to his credit. The Air Officer also took part in 1971 war. Before taking over as VCAS, he was Air Officer Commanding-in-Chief of the Allahabad based Central Air Command.

Air Marshal Naik is a graduate of the National Defence College, New Delhi, College of Defence Management, Secundrabad and Defence Services Staff College, Wellington, he has attended a variety of courses like flying instructor Course, Jungle & Snow Survival, Junior Commanders Course.Air Marshal Naik was decorated with Param Vishist Seva Medal (PVSM) and Vishist Seva Medal (VSM). He is one of the Honorary ADCs of the Supreme Commander.